Michael Petronzio, a current Finance and Molecular Biology major at Westminster College, has known he wanted to be a doctor since he was in grade school. His kind heart and analytical mind consistently guided him to the profession. It wasn’t until his sophomore year in high school, however, when his step-father was diagnosed with Stage 4 cancer and then miraculously recovered, that Michael decided he would dedicate his career specifically to oncology.

Nearly five years later, both Michael’s stepfather and Michael’s passion for oncology are still alive and well. Michael intends to start his own biotech company focused on innovating cancer treatments, so others who receive diagnoses like his stepfather’s don’t have to endure the same fear and uncertainty Michael’s family went through. To make this goal a reality, Michael has established a step-by-step plan, including his current enrollment in Westminster College’s unique LECOM pre-medicine program. What Michael hadn’t necessarily planned on was getting to start cancer-related market research as an undergraduate student through a Parker Dewey Micro-Internship.

Getting Started with Parker Dewey

When Michael first became aware of Parker Dewey, he thought it might be a great way to diversify his skillset. He’s well aware that his goals will require an awareness of multiple disciplines.

“I liked the idea of being able to dip my toe into multiple areas. I wasn’t aware of anything else like Parker Dewey in that way.”

An added benefit was an awareness of new companies and organizations. Michael highlighted, “I didn’t know any of the companies that I applied to on Parker Dewey prior to submitting an application." As Michael explored opportunities on the platform, he also appreciated the types of projects, describing them as more professional than other gig work sites he’s seen. In his words, “they seemed more like things I would put on a resume… Parker Dewey’s purpose was clearly career building and creating the opportunity for students to build a network.”

The first project Michael was selected for was with a Denver-based construction company that ended up working with Michael on several more Micro-Internships after that first project. They were setting up new software, and selected Michael to configure default templates that made starting projects easier. Ultimately, Michael’s efforts have made not only the set up, but also the execution of large construction projects more streamlined for the company.

While the connection between pre-med and construction may not be immediately evident, Michael shared that his supervisor was specifically drawn to his science and organizational background when he was selected for the project, and Michael used it as an opportunity to apply his critical thinking and problem-solving skills to a real-world situation - and get paid for it.

Guiding his own experience

Michael has never been one to shy away from making an opportunity his own, or making his own opportunities for that matter. During the pandemic, for example, he started a small e-commerce business using targeted Facebook ads and also dabbled in high-frequency, algorithmic trading. This knack for customizing his own opportunities came in handy for Michael’s Micro-Internship project with Open Avenues.

The project, focused on identifying and conducting market research for an innovative microbiome product, allowed for some flexibility, and Michael immediately saw an opportunity to insert his interest in innovative cancer treatments. He found studies that highlighted in-development treatments related to anti-cancer bacteria, and then conducted the associated market research, including market size, potential pricing models, and routes of development. Michael couldn’t say enough good things about his experience as an Open Avenues Micro-Intern and his appreciation for the program.

Michael’s skill and passion for the topic did not go unnoticed. Less than two weeks after finishing his project, Michael received an email from the partner organization Open Avenues had been working with. They were so impressed with Michael’s initiative, they offered him a traditional internship that he has been engaged in throughout the fall semester, allowing him to continue his research. Michael loves that he’s getting this experience as an undergraduate student. In his words, “I have learned a ton.”

“At my internship, I’m doing basically the same thing I did with my Micro-Internship, but now I’m doing work that’s a bit more confidential.”

As one might imagine, this 12-hour a week internship has taken up quite a bit of Michael’s time, which has kept him from engaging in further projects with the construction company. Rather than have them start from square one in finding another Micro-Intern, however, Michael yet again applied his problem-solving skills. Now, his roommates are happily engaged in Micro-Internships with the construction company.

Michael encourages companies to use Micro-Internships because of the attention it draws from talent who may not seek these experiences out independently, but would ultimately be a great fit.

“I never would have applied to be a venture capital intern or work with a construction firm, but in this format I did, and they benefited and it worked out really well for me.”

Michael also highlighted that this model is efficient and low-risk for companies, as they get to essentially engage in a trial run with the candidate.

For his fellow students, Michael encourages persistence, emphasizing that he applied to dozens of Micro-Internships last summer and got selected for five. The application process is straightforward, so the time spent on those applications is well worth it in Michael’s opinion. He also encourages other Career Launchers to be open to a wide range of opportunities, sharing these words of wisdom: “You never know what you might discover or find out that you like.”

Looking to do your own trial run with talent you're currently not reaching? Learn how with Micro-Internships! 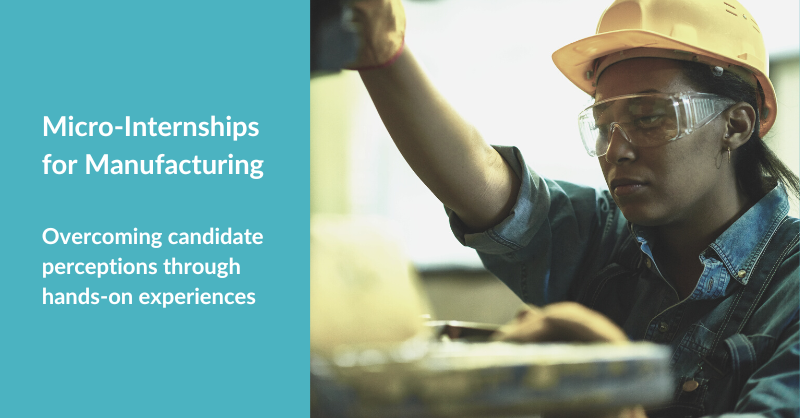 How manufacturers can create pathways to tomorrow's jobs today 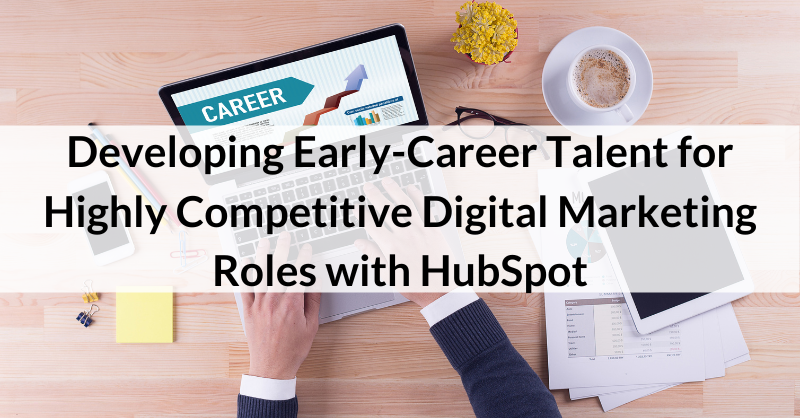 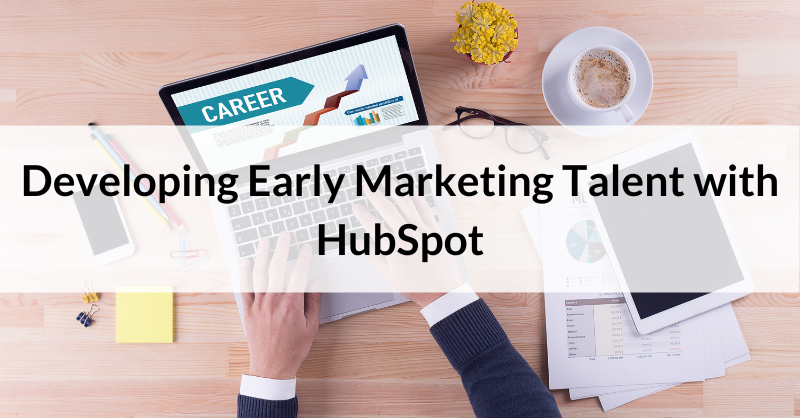