This is a repost from Bethany Crystal. Bethany is the General Manager of Union Square Ventures' portfolio network. Find the original article on Medium and follow Bethany on Twitter @bethanymarz.

In a recent interview experience at USV, two candidates flipped the switch on the traditional process. Rather than wait for me on a next step, they turned me down after our first interview.

Talk about shaking up the norm. But I really liked it. Here’s why.

At USV, our interview process for this role was pretty standard: It included a series of progressive interviews with several of my colleagues. As the hiring manager, I was the first interviewer and met with most individuals (either in person or remotely), then determined who to move forward in the process.

But after two separate in-person meetings, two individuals sent me notes with an eerily similar ring to them:

“I love what you’re doing. I had a fantastic conversation. But after thinking it over, I don’t think this role is right for me at this time. Can we stay in touch?”

Let’s back up a minute to drop in a bit more context: I really enjoyed my conversations with each of those candidates. I found them to be energizing people who each brought fantastic ideas to the ways that I think about networks. Both gave me new ideas and we had a great time brainstorming and tossing out interesting approaches together.

But even given all this, when I received the first note, I instantly broke into a smile and a shout.

“Look at this!” I exclaimed to everyone around me. “Have you ever had a candidate turn YOU down after a fantastic meeting? It’s incredible.”

My colleagues were a bit confused as to why I was so excited to see a candidate voluntarily opt out of our interview process. But I didn’t see this as a failure in my ability to close a candidate — I saw it as a success in communicating the scope of the role enough to make someone realize it’s not the right fit for them. In the end this happened twice. And, to be perfectly honest, they were both right.

When going through a job search process, it’s easy to forget this simple fact: You’re interviewing the company, too.

This is so hard to remember — particularly when you’re in a pinch to find a new job. But the best interviews aren’t one-sided: They are mutual interactions to assess a “best fit.” As hiring managers, we aren’t hiring task-master robots; we’re hiring people with hopes and dreams and aspirations and needs of their own. As a candidate, you’re likely not just looking for a paycheck but for a team, a pathway, and an opportunity that helps get you where you’re going. If my needs don’t match your needs, it’s better for both of us to suss that out sooner rather than later.

One question I like to ask in interviews is, “How similar is this job to others roles that you’re applying for?”

While there’s certainly no wrong answer to this question, I do think it’s interesting to hear someone talk through their approach to the job search.

For instance, in answering this question, you may realize that this job is exactly the thing you want. But you also may instead discover that it’s much more fringe than where you really want to be spending your time. If you’re mostly applying to people management roles, what would it take for you to be happy as an individual contributor? And is that really what you want? These are important considerations for both of us.

If I learn something like this through our conversation, I’ll probably push you on it a bit. I may even try to convince you not to take this job and tell you all the reasons why you wouldn’t like it. This isn’t some weird psycho-analyzing trick: I’m just trying to learn if you really want this thing — or if you’re just trying to pretend to yourself (and me) that it’s good enough for now.

In a conversation with one candidate in particular, I could tell immediately that they had their heart set on finishing the job at their current role. I could tell that they wouldn’t be satisfied unless they gave it another go. Every time we brought up the problem, while I sensed their frustration, it was clear that it also lit up a little fire within. You can’t fake that kind of energy. I recognize it well.

As a candidate, if you manage to figure that out for yourself along the way — that this job may not be what you’re looking for — it’s perfectly reasonable to opt yourself out of the process. In fact, it’s not just reasonable: It’s laudable. And that’s exactly what happened in this case.

In the end, the proactive and direct communication made me appreciate these candidates as more than just named cells in an application tracking system. It humanized them and cultivated a sense of trust. Rather than end the hiring process with a communication vacuum of never hearing back, we ended with mutual respect. This is a win-win scenario.

I always knew that a well-designed hiring process can help you find the best person for the job who’s just as excited to join as you are to have them on the team. But an unexpected side effect for me was meeting everyone else. This process in particular introduced me to more than a dozen incredibly competent and passionate individuals who each internalize the work I do and share more than a few things in common with me, too. In other words, it feels like the start of a relationship, not the end of one.

I already have plans to meet up with one candidate after the holidays. Another person shared with me an impressive tool that might make my current job a little easier. A third shared their approach to the job hunt process that weirdly mirrored very closely to how I approached my own job search several years early. I like to think we each benefited a bit in our own ways from these conversations.

With so much fluidity in the labor market today, I don’t see any hire as permanent anymore. This means that every touchpoint in the interview process is an opportunity for a continued relationship. Maybe not this job…but what about the next one?

So no matter where you find yourself in a future process, don’t forget that it’s not a one-sided process, but an opportunity to seek out a mutual fit. Just because you don’t want the job doesn’t mean you can’t make a friend. And who knows when your paths may cross again a few years down the road. 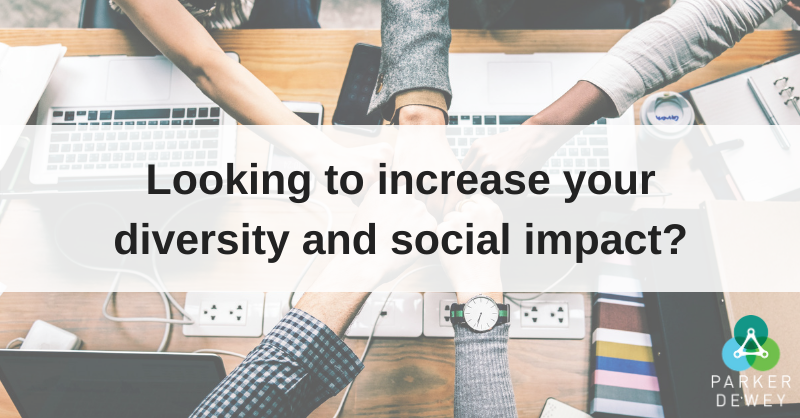 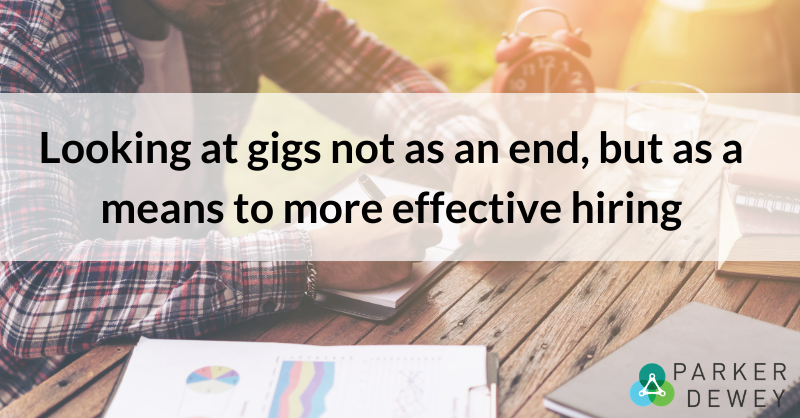 Experience Earners: the overlooked potential of the gig economy as a means for hiring college students and recent grads

How to Build an Inclusive Recruiting Process with Skills-Based Hiring