This post was written by Noel Arellano, a Dell Scholar completing his senior year at Texas A&M, and was originally published by the National Association of Colleges and Employers (NACE).

People often use the metaphor that finding a job is like dating and having participated in the recruiting and dating process these past few years, there are certainly obvious similarities. However, it is the differences that really matter.

Yes, career fairs have become more like a speed dating event. You are given fifteen seconds to give your rehearsed pitch, hoping it leads to an interview. Similar to speed dating, if there was mutual interest, you’re able to connect after and continue talking, resembling the interview process following the career fair. In both cases, it’s not about finding the “right” match, but rather giving myself a greater chance to find someone who was interested in me. In both cases, they wreak of desperation.

People also suggest that interviews are like dating, and the process certainly feels like a date at times. Ignoring the setting and the procedures of an interview, I have learned that when you are in an interview the main objective is to not just get across who you are, but to woo the other person. Also similar to dating, the crucial first date is important because if the connection is not made, there probably won’t be a second date.

However, that’s where the parallels end. In reality, interviews feel more like a series of first dates, with continuous pressure to impress as opposed to really getting to know one another. And at the end there is no second date, but rather a jump right to the engagement (an internship) or marriage (a full-time role).

What is the impact of this process?

As a student, being pushed into such a quick and rushed long-term commitment can make you feel that you left better unknown options out there. Can a series of interviews, websites, and other research confirm if you prefer a marketing analytics role at a well-known CPG brand over one at a rapidly-growing healthcare start-up? A finance role at a large investment bank over a strategy role at a boutique consulting firm? A sales role with a tech company versus a product management position with a manufacturing one? And for those opportunities you turn down, you begin to wonder if you passed up on the company that was “the one.” Having experienced this, I still have the uncertainty in the decisions I’ve made regarding my own future.

This uncertainty impacts companies as well. More than 55 percent of new hires leave within the first year because of this, costing companies billions. And even for those who stay, the uncertainty that the grass may be greener elsewhere can impact job satisfaction and performance. Furthermore, the high-stakes decisions of engagement or marriage also creates many missed connections. With only one or two opportunities for 10-week summer internships, students often select what they perceive to be the safest role based upon their major or the brand name of the company. In the same way, companies miss out on potentially great hires because they don’t want to jump into "marriage” with someone from a different major or school.

So are we stuck jumping right to the engagement or marriage with an internship to full-time job? No.

While I was in the middle of on-campus interviews for summer internships reading through job descriptions that did little in providing real insights into the role, Glassdoor reviews with questionable biases, and career pages that all seemed like they came from the same template, the Dell Foundation introduced me to its new micro-internship program. Through this, Dell Scholars could work on a variety of short-term projects with different companies throughout the year, helping us stand out to companies. However, as I thought about the on-campus recruiting, I was even more excited that this would help me better understand different companies and roles beyond the public resources and “first-date” interviews.

Since signing up, I have had the opportunity to explore so many different types of career paths. In the past few months alone, I’ve done several micro-internships that range from writing lesson plans for a charter high school in California, to conducting sales projects for a technology company, to doing business research for a venture capital firm.

The process itself is also more like dating (in a good way). Like the dating sites, I can read the project description before applying, and the company can see my profile and request additional information. If there is mutual interest, we can work together on a single project—since there’s no expectation of a longer-term relationship, I’ve been more willing to explore different fields, and companies have given a chance to a chemical engineering major to complete a marketing project. While some do lead to more micro-internships, internships, and full-time roles, even those that don’t are really valuable.

Having completed many micro-internships throughout the past year, I have explored many areas that interested me or about which I was curious having not studied them in school. I also learned that sales is not just an interest for me, but something that I really enjoy doing and probably would not have otherwise pursued. In fact, as an engineering student, these opportunities likely would have taken years to explore.

As I enter the last semester of my senior year, I am fortunate to have accepted a full-time role. Not only that, with a variety of professional experiences across industries and role, I am confident it is the right fit for me. 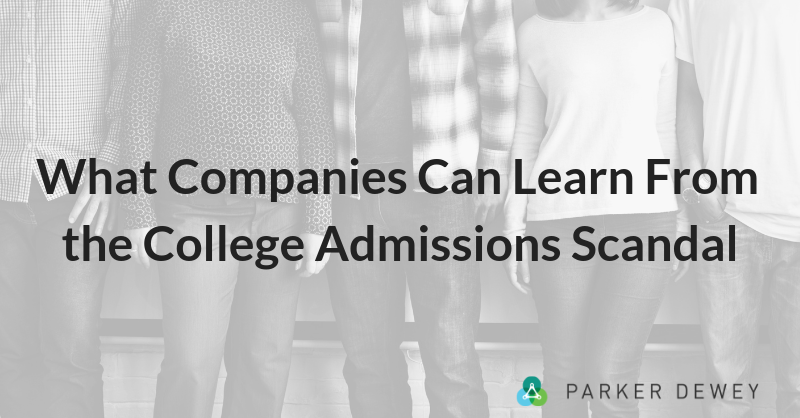 What Companies Can Learn From the College Admissions Scandal

Stop Guessing at What Employers Are Looking For 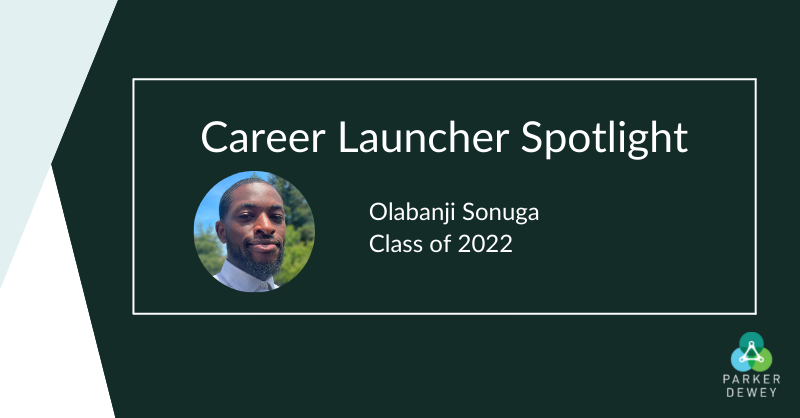